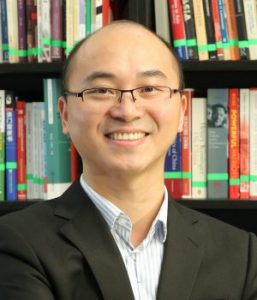 Jianhua Xu is an Associate Professor and department head in the Department of Sociology at the University of Macau (UM). He is also an adjunct professor at the Center for Macau Studies, UM; an affiliate at Institute of Collaborative Innovation, Centre for Data Science, UM; an Honorary Fellow in the Center for Criminology at the University of Hong Kong. He worked as a police officer in Mainland China from 2004 to 2006, was a Fulbright visiting scholar at the University of Pennsylvania in 2008-09, and was a visiting scholar at the Australian National University in 2017 & 2019. He is currently serving as book review editor for Asian Journal of Criminology. His research interests include sociology of crime and deviance, policing, victimology, urban sociology, and Macau studies. His works have regularly appeared in top criminology journal The British Journal of Criminology. He has also published articles in other top criminology journals such as Theoretical Criminology and Journal of Research in Crime and Delinquency, among many others.

Prof. Xu’s research have been supported with over five million MOP (USD 620,000.00) funding as a principal investigator and another over four million MOP (USD 500,000.00) as a co-investigator through various research projects. He is currently working on several projects including (1) China’s para-police chengguan, (2) commodification of policing, (3) the production of crime data, (4) the problem of missing children in China, and (5) crime and policing in Macau.